Convergence is the idea that different people from different fields – such as art, technology, and science – can come together to form a new and powerful thought, industry or product.

Floating Point Collective was inspired by the convergence that takes place each day in Research Triangle Park across the fields of biotechnology, the humanities, IT and health sciences. Known as one of the largest innovation districts in the country, Research Triangle Park is working to create an urban – yet sustainable – community through their Park Center project. The colors of this interactive sculpture represent the actual companies, institutions, and employees that create and collaborate at RTP.

Convergence requires your input. Touching its LED columns triggers animated patterns that grow from your fingertips, up towards the sky, and converge at the apex of the pyramid. When touched by multiple people at once, colors merge and unique light systems are created. The volumetric display becomes a living, breathing demonstration of collaborative, human interaction.

TECHNOLOGY
36 LED rods of light with built-in capacitive touch sensors read user touch input and activate forces on a real-time particle visual system that is wrapped around the pyramid form of the sculpture.

EXHIBITION
After being first shown at Moogfest 2016, Convergence now resides at Park Center in Research Triangle Park as a visual reminder of all that is possible when minds come together to create change. 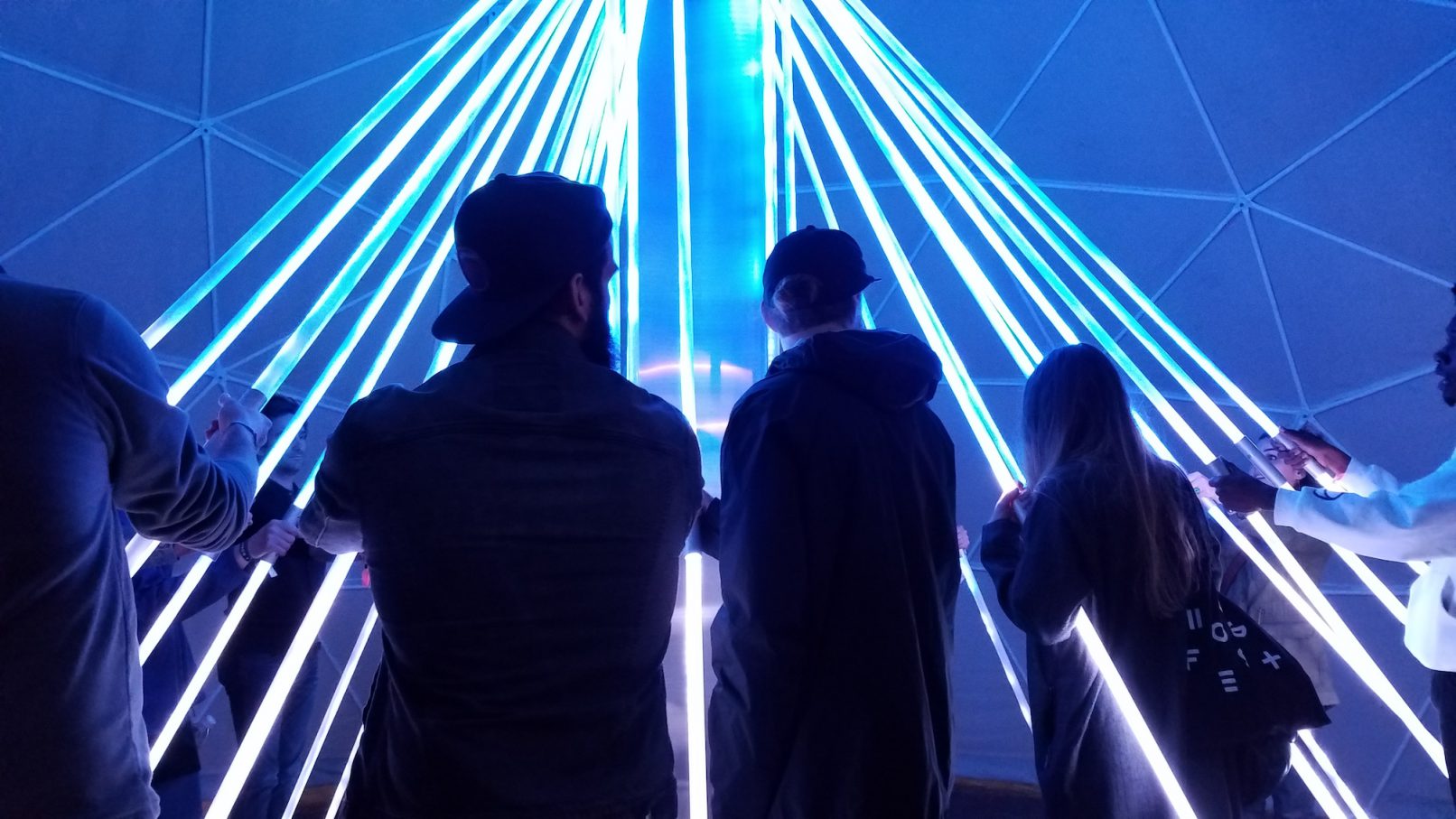 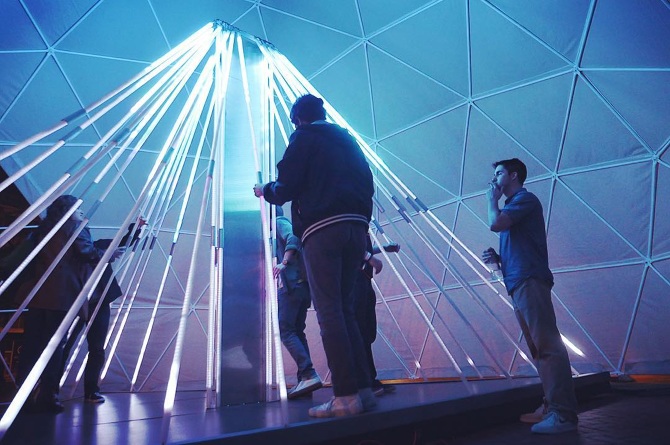 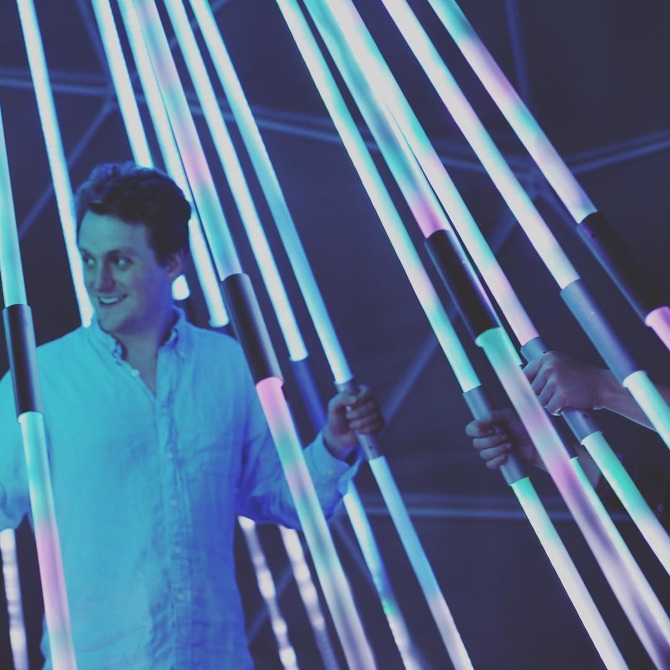 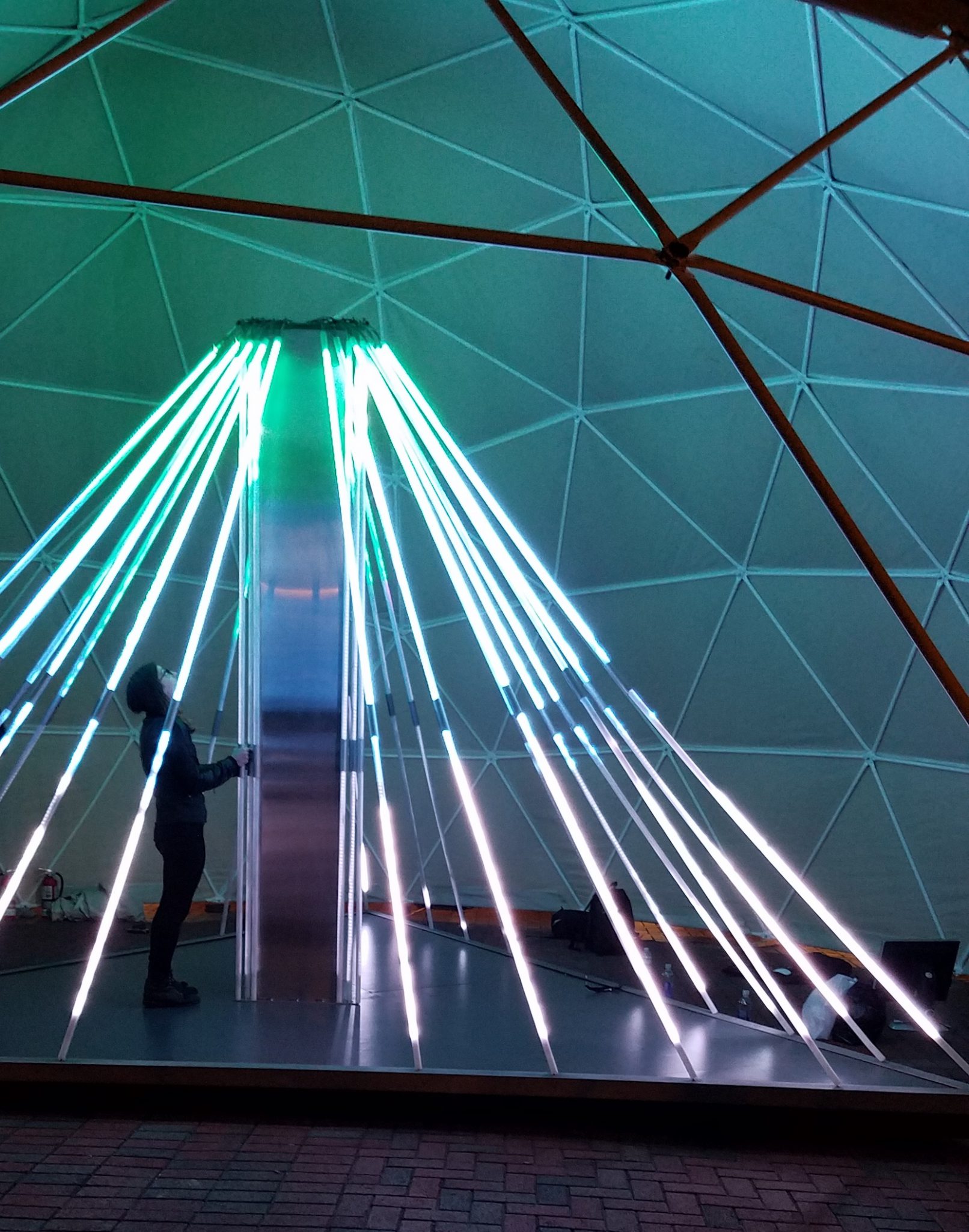 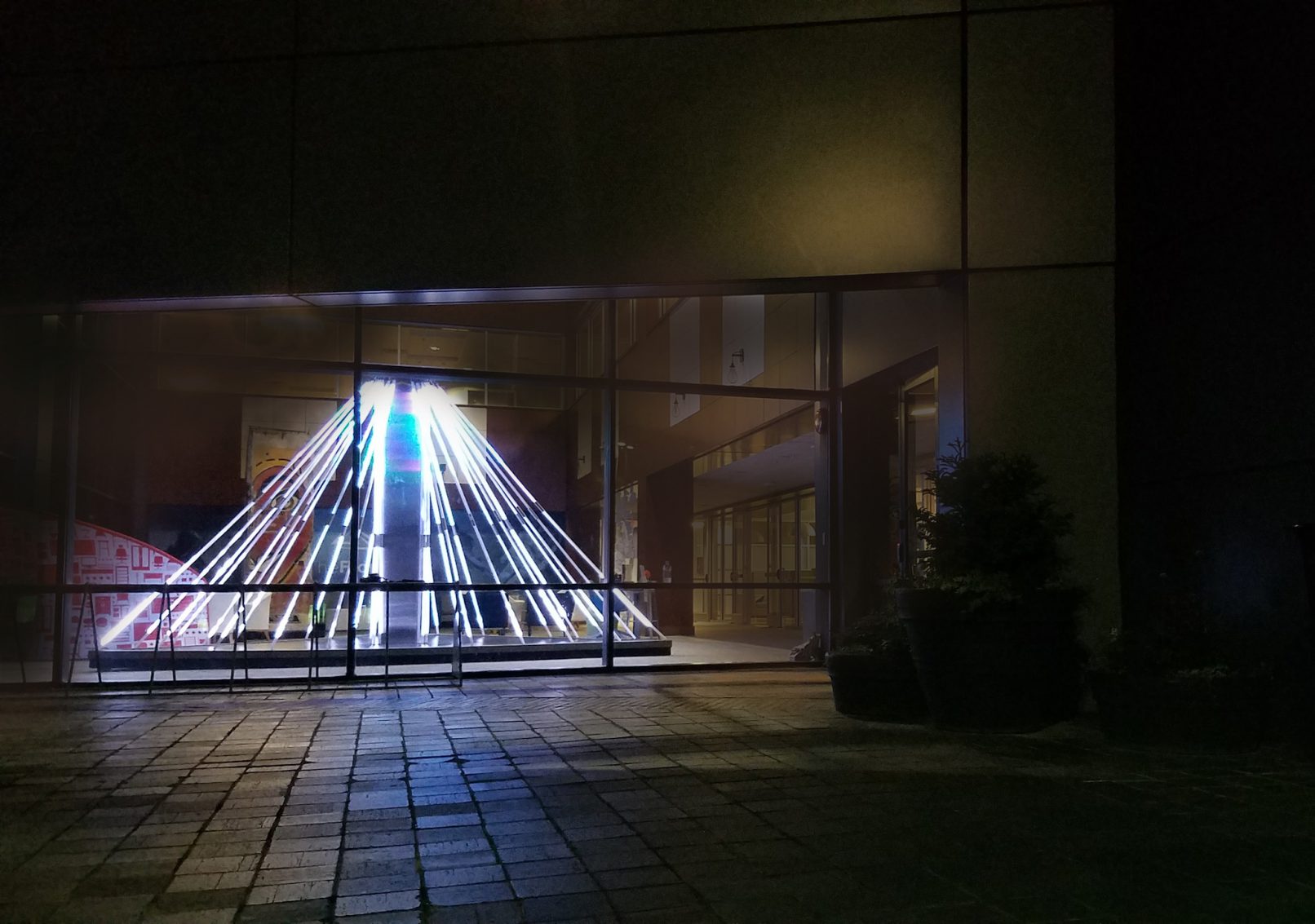