Android asked us to express ‘be together not the same’ in a way that showcased the platform’s power and the diversity of phones and people who used it.

On June 30, 2015, an extra second was added to the World Clock. This phenomenon is known as a leap second. We asked people to use their Android phones to show us what they did with their extra moment. We partnered with the app 1SecondEveryday, through which thousands of users submitted videos on the day. We created a web experience that turned these submissions into an infinite grid of browseable, searchable videos rendered in WebGL.

We also chose our favorite one-second clips and released a film the next day. 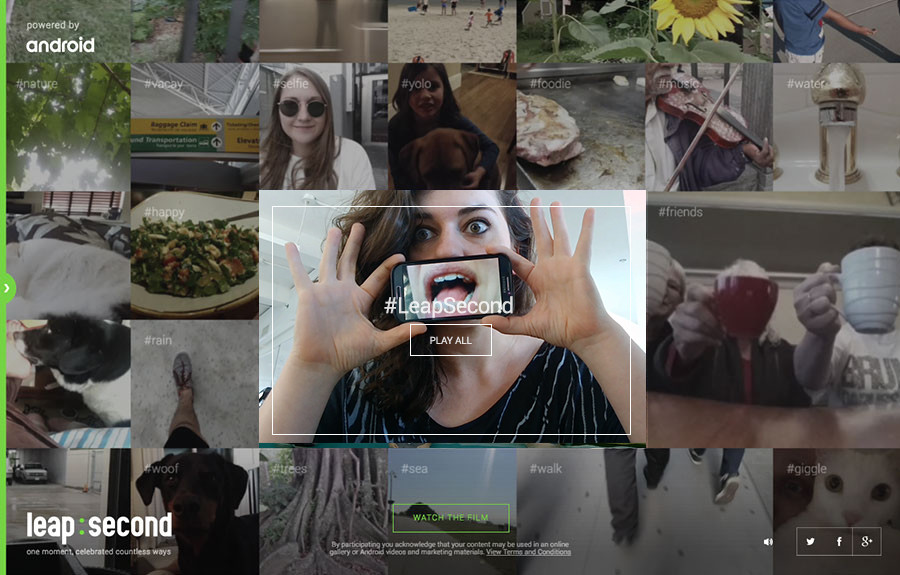 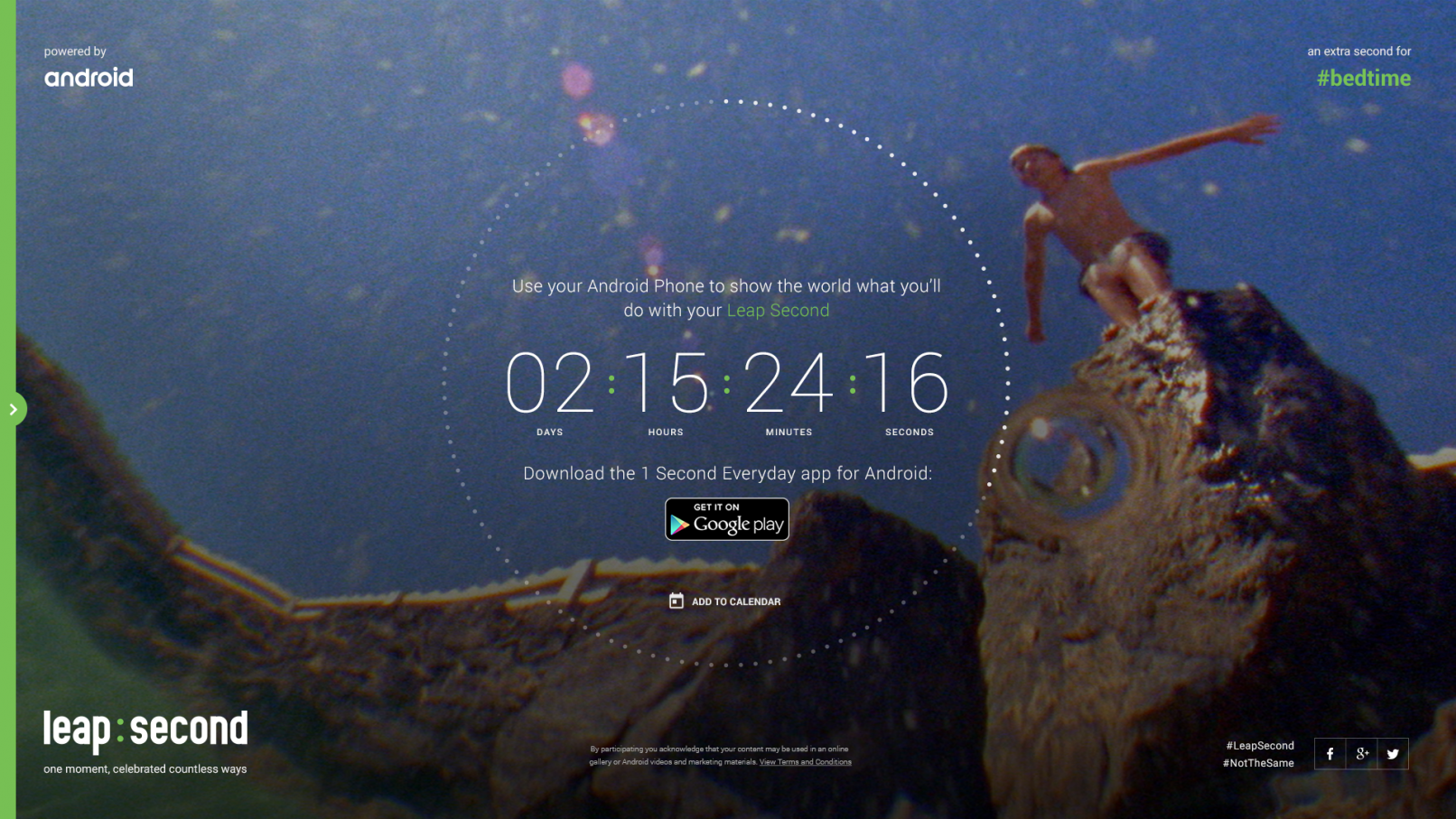