Tree is a multisensory VR film in which viewers become a kapok tree, growing from a seed into the tallest tree in a lush rainforest, before being burned down by a man-made forest fire. I collaborated with directors Winslow Porter and Milica Zec on the installation for this project at the Sundance and Tribeca film festivals before it toured the world in 2017.

I designed and programmed environmental elements including projections and sound, which turn the act of experiencing the film into a performance for a secondary audience of onlookers. When viewers enter the experience, a 3D field of stars speckles the stage with light. As the film begins, the projection transforms into the silhouette a seedling growing in front of an evolving wash of colors, as though the tree is the viewer’s shadow. The colors mirror the narrative of the film, moving from brown under the soil, to the lush green of daylight in the forest, to the sky at sunset, to fire, ash, and ultimately night.

The set design proved to be a compelling photo-op at both festivals and images of our project were shared widely on social media. 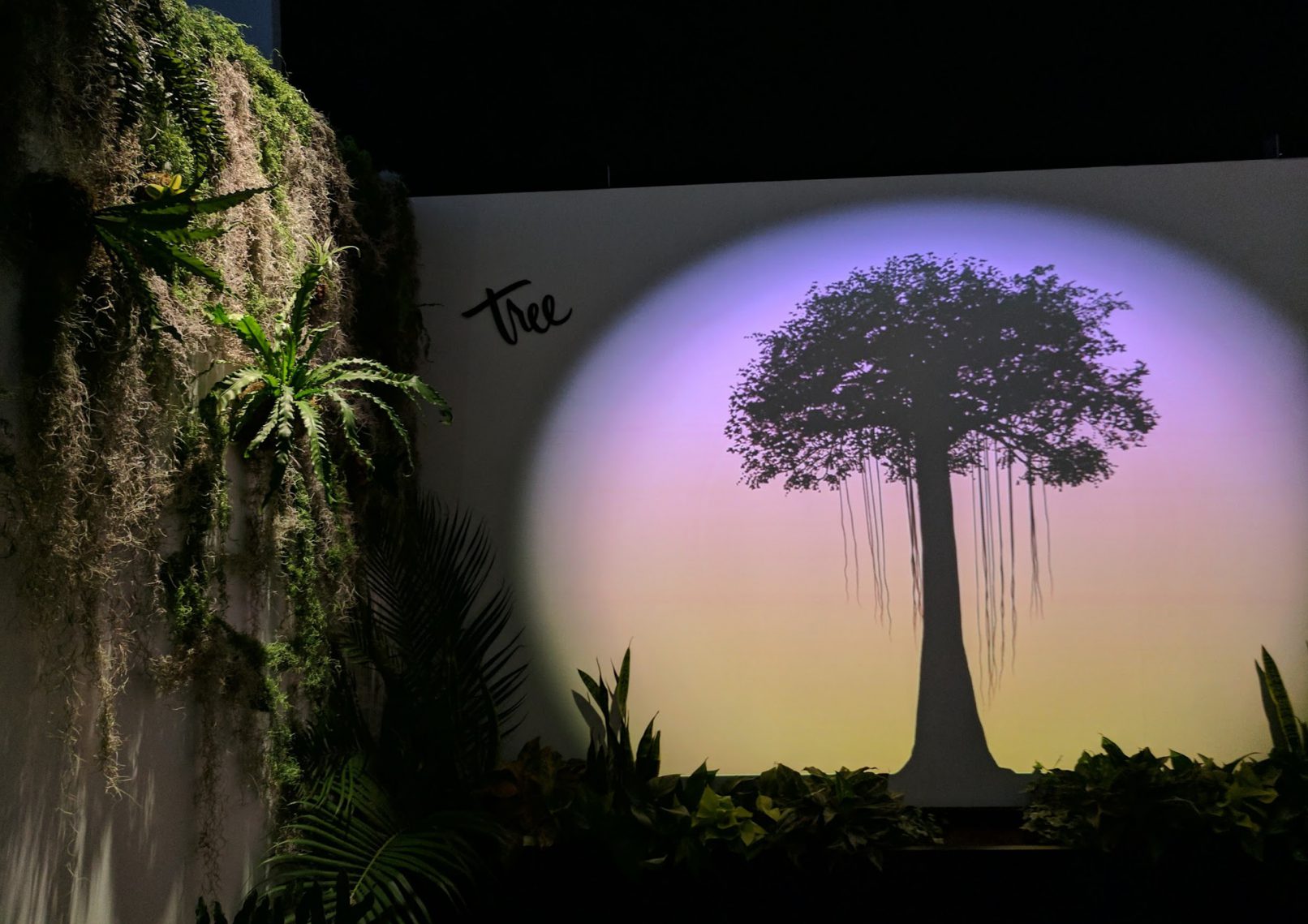 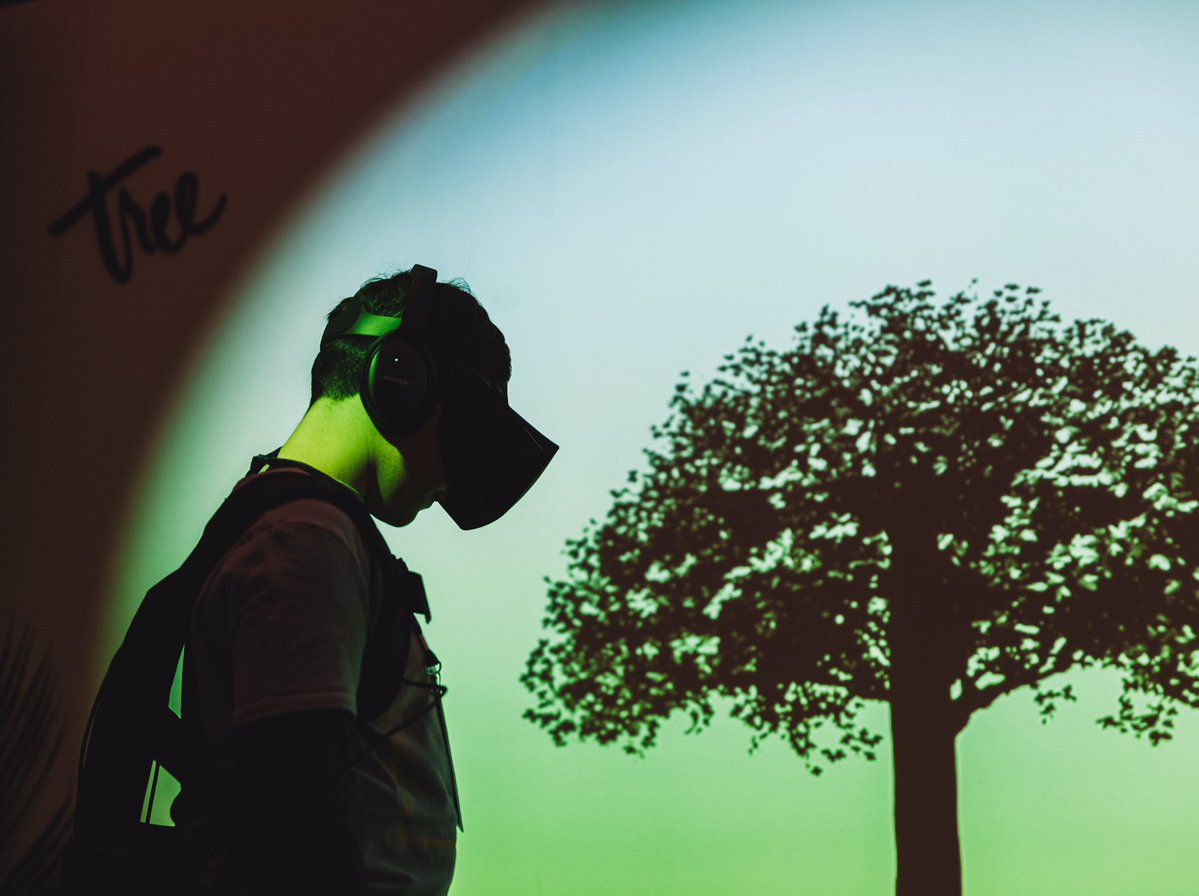 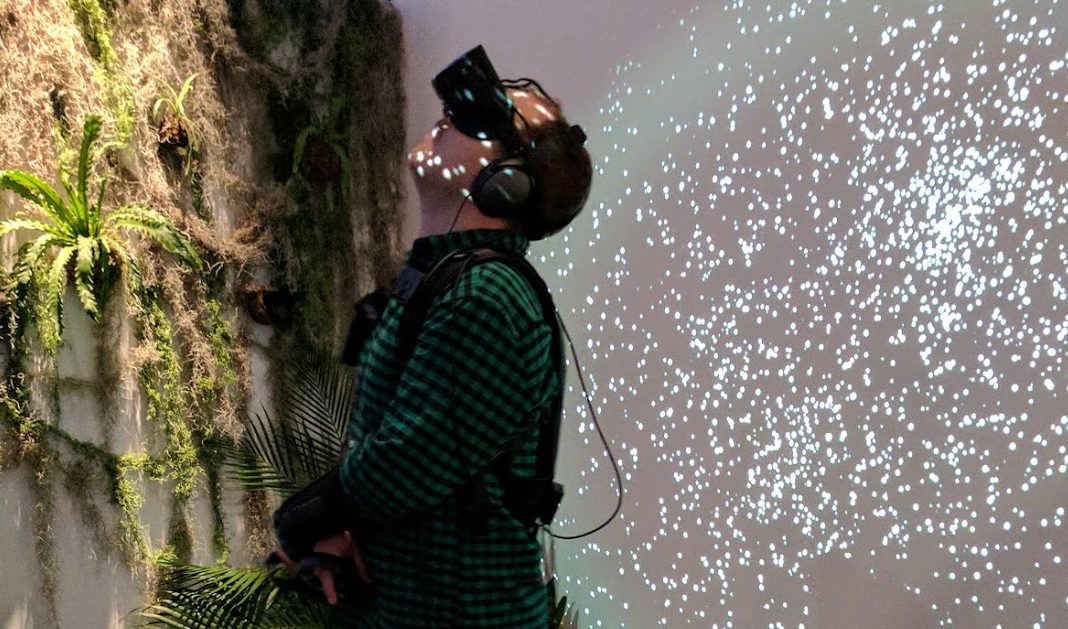 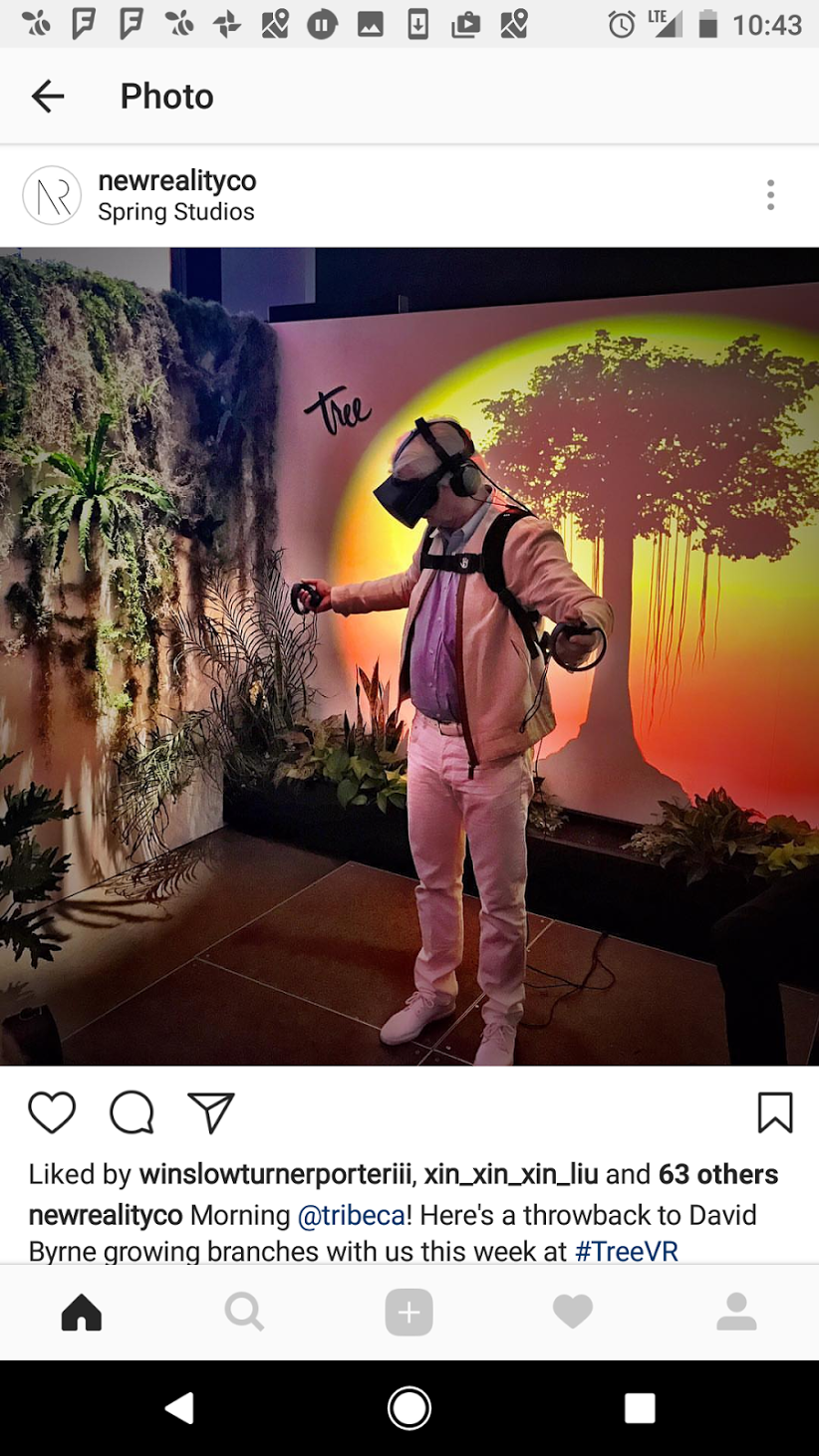 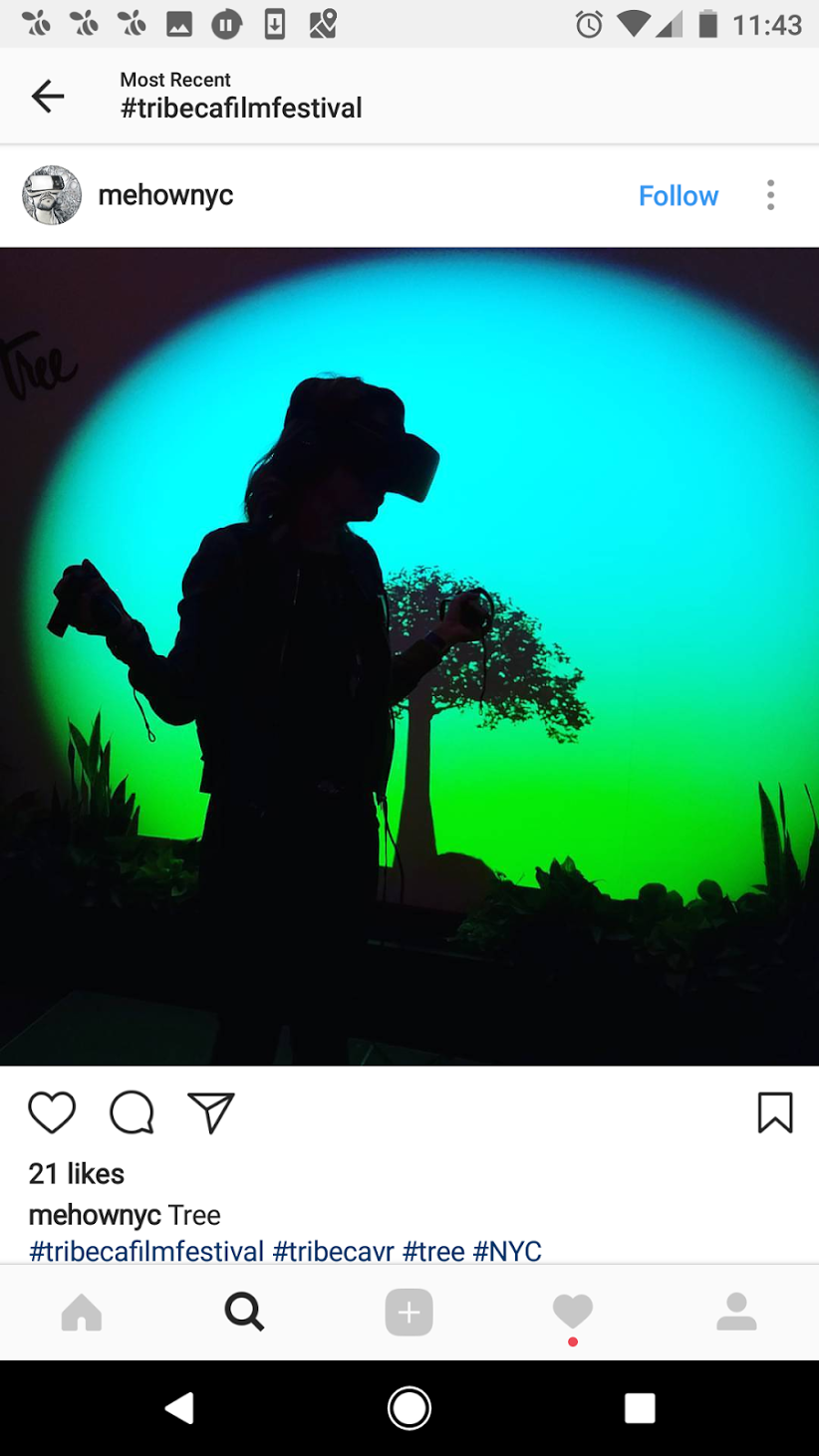 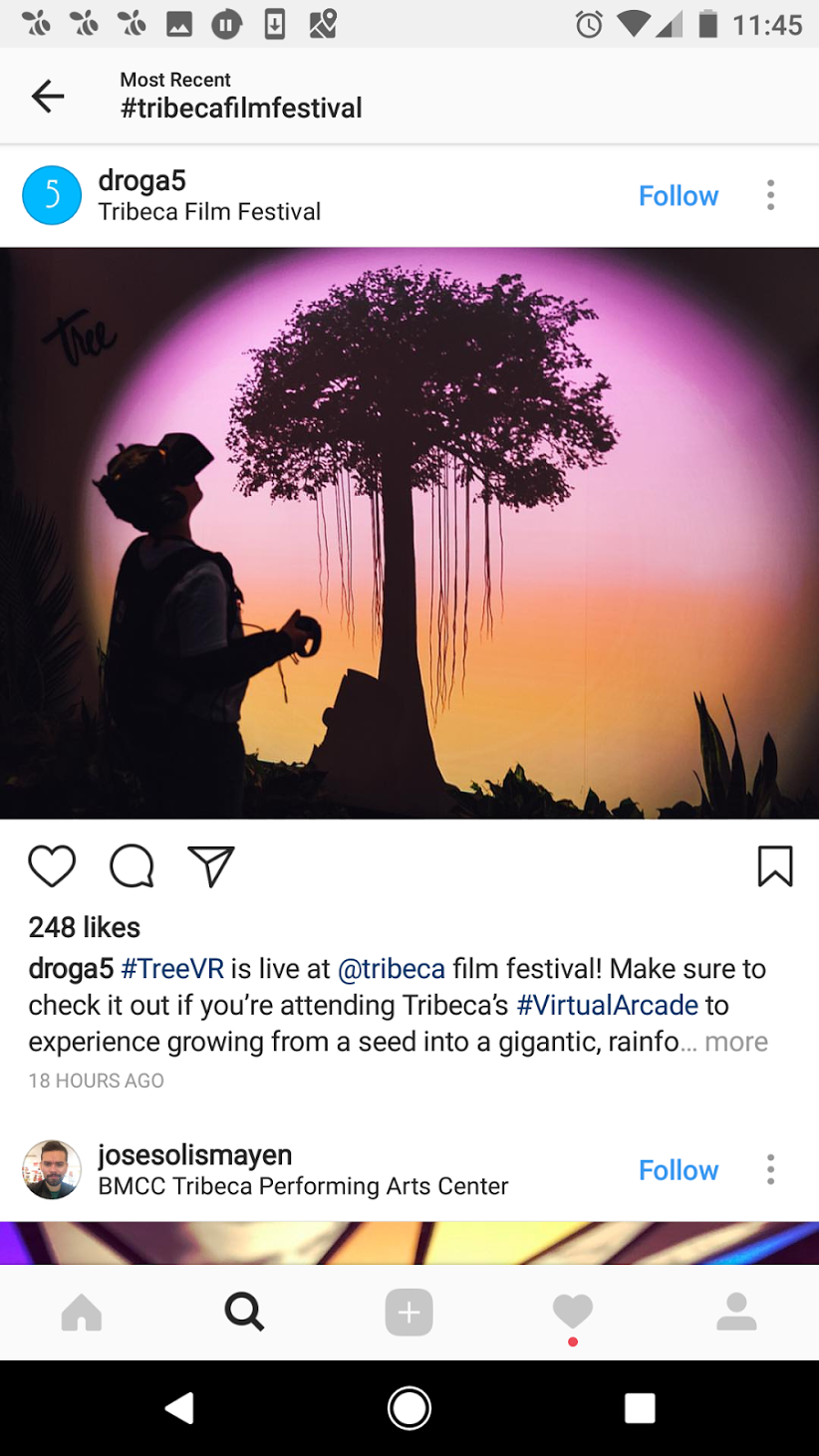