In this performance, a 3D scan of the performer’s body is taken, reconstructed and rigged with an animation skeleton in 3D modeling software. The digital avatar is controlled by the performer’s movements in real time and projected back on top of her. The bodies are imperfectly mapped to one another – regular poses in the performer’s body become contorted in the avatars.

Instead of molding her outside form to suit her inside, she molds her inner body to match her external form by attempting to inhabit the contorted positions of her avatar. This creates a feedback loop of contortions – the performer trying to catch the puppet while the puppet transforms every movement by the performer to a new position. 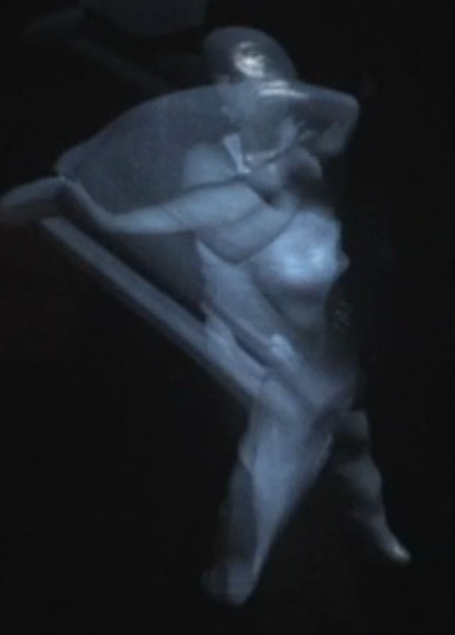 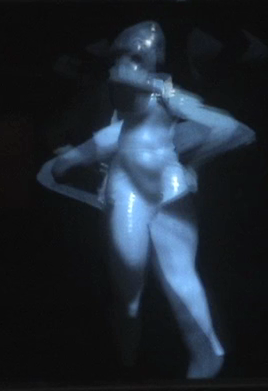 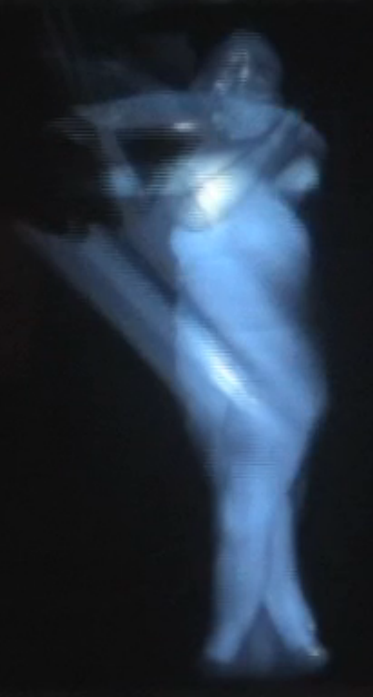 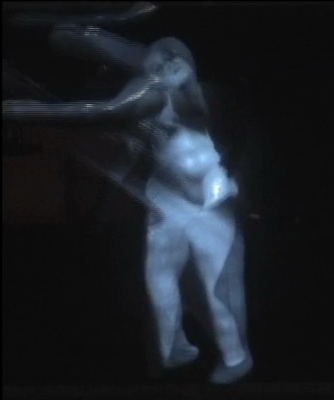 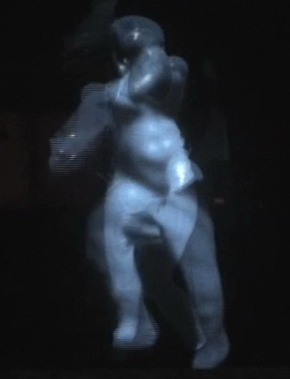